The LSK ERGON series is composed of automatic shrink wrapping machines to pack plastic, metal, cardboard or glass containers. Depending on the model chosen, they can make packs in film only, cardboard pad + film, cardboard tray, cardboard tray + film.

LSK ERGON series packers achieve an output rate up to 40 packs per minute in single lane (40+40 in double lane), according to the machine model and the type of product to be handled. The pack collations can vary according to the containers shape, capacity and size; the most requested collations are: 2x2, 3x2, 4x3 and 6x4.

These shrink wrappers are equipped with a mechanical product grouping system and are supplied with an in-line or a 90° infeed conveyor, depending on the customer’s exigencies. The change-over is manual. 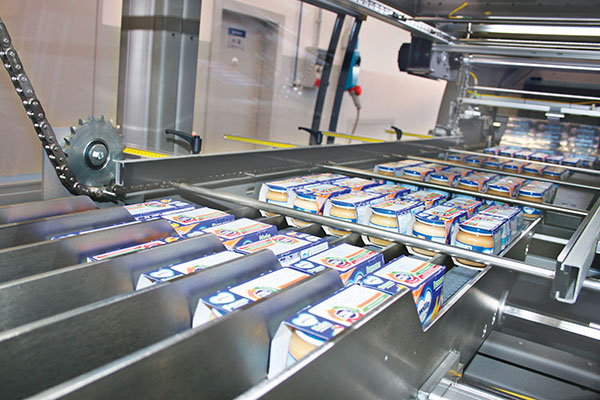 1In the machine infeed zone, an oscillating unscrambler accurately lines up the loose containers carried by a conveyor belt featuring low-friction chains made of thermoplastic material. In the pack formation zone, the containers are clustered in the required format through a pneumatic device operating in alternate motion. 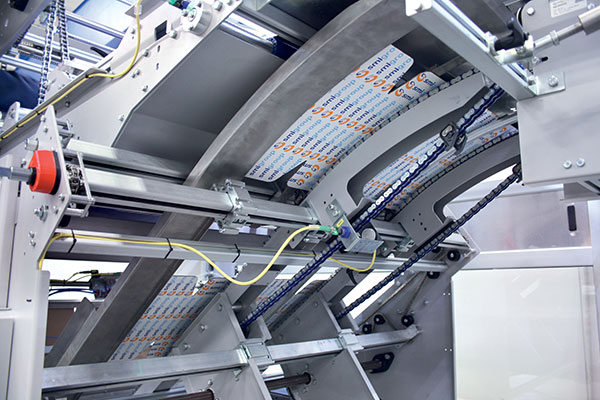 2In P and T models, a corrugated cardboard pad or blank is picked from the blanks magazine by an alternate motion picker composed of a group of vacuum suckers. The pad or the blank moves along the blank climb and gently places itself underneath the group of products in transit with the long side leading. 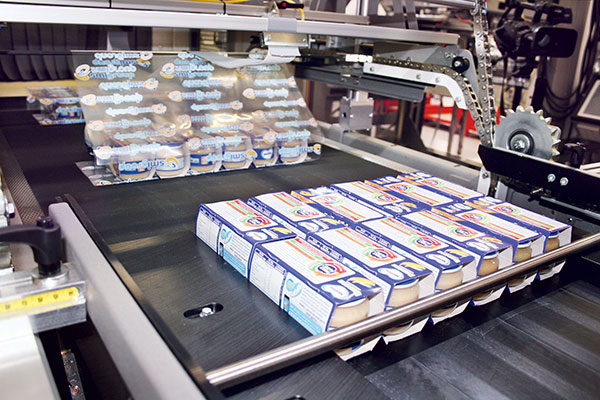 3In the tray former, special mechanical devices fold the blank’s front and rear flaps. The side flaps are sprayed with hot melt glue and then folded, thus forming the tray. 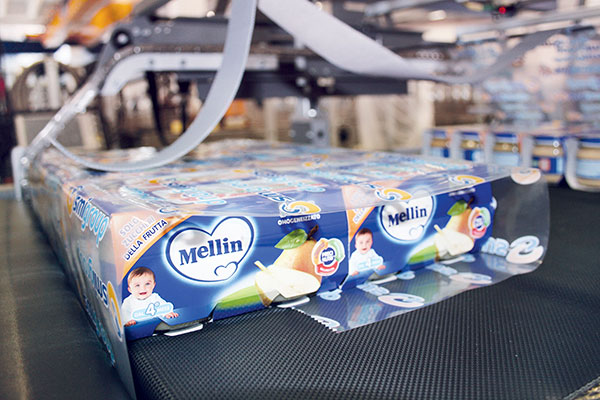 4The unwinding of the film reel, placed in the lower part of the machine, is controlled by a progressive brake, which ensures the film constant tension. Before the pack enters the shrinking tunnel, the film is wrapped around the container batch and overlapped at the base of the pack.

SMI machines are designed according to advanced principles of module assembly and feature interchangeable mechanical and electronic components, which ensure a reduction of the down-times during technical interventions or programmed maintenance and the optimization of the use of spare parts on stock.

SMI machines can package a wide range of products in several pack collations, so as to effectively meet the end user's current and future requirements. Moreover, each machine can be equipped with additional devices, which increase its basic functions and ensure a high level of customization of the final package.

SMI machines do not include gearboxes: the motors are directly connected to the drive shafts. The consequent advantage is the reduction of maintenance, energy consumption and noise.

The rounded protection doors of ERGON models allow broader space inside the machine and thus the motors can be mounted externally on the machine side edges. Therefore, they are easily accessible and reachable for maintenance. Actually, the operator doesn't need to enter the internal parts of the shrink wrapper when carrying out manual interventions.

The POSYC® control panel, fixed or sliding on a boom running the whole length of the machine (depending on the machine model), enables even less expert operators to easily and effectively run the packer, thanks to an intuitive interface, a touch screen display and diagnosis functions and real-time technical support available on the POSYC®.

* Data provided on this page are not binding, as they have to be confirmed by SMI according to the machine user's production conditions and technical specifications.